It’s Christmas time and there is nothing better than be wrapped in a blanket and play some fantastic game at Casino Extreme while outside snowing. For all of you who like to see the snow and ice only on your phone screen, we recommend two slots for frozen winter days which could bring you a real winter atmosphere without going out.

The Penguin Power feature is triggered when 3 or more scattered Igloos appear anywhere. 5, 10, 15 or 25 free games are awarded when the feature triggers. During the feature, each Baby Penguin occurring on the same horizontal level as an Igloo on reels 1 and/or 5 will slide to the Igloo to reveal a bonus. Bonuses will be credit prizes of 5, 10, 25 or 100 times the triggering bet, and 2, 3, 5 or 10 additional free games. The feature cannot be retriggered. Free games are played at the lines and bet of the triggering game. 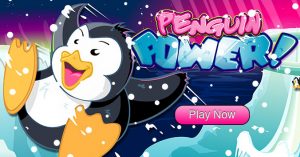 This is another slot for frozen winter days and with winter theme which has 5 reels and 20 fixed pay lines. All symbols pay left to right and scatter symbol is Present. Substitute is ICE WILD and it counts for all symbols when it is on reels 2, 3, and 4. Any winning symbols are crushed after pays are awarded. New symbols appear and may award extra wins. A prize multiplier builds up for successive wins from the same original spin and prizes are doubled after the first crush, and tripled after the second crush and x5 thereafter.

Coinciding triggers each award 10 free games. Prizes during free games are x3 in the initial win, x6 after the first crush, x9 after the second crush and x15 thereafter. Free games are played at the bet of the triggering game. 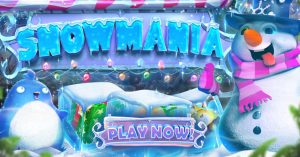 Editor’s Note: Check out self-care tips you should do during winter.