What’s better than winning, and winning big, honestly? Crypto casino Extreme seems to be the lucky hotspot of significant triumphs and lucky players who made big wins. In the last few days, three of our loyal customers made massive slot wins and even better, got instant payouts.

Big Win From the Coupon

Every player who entered the virtual door of casino Extreme at least once knows that this is the house of big casino bonuses. On daily basis, we’re offering you the chance to make a big win with some of the great coupons that contain the best bonuses. One of those coupons helped our player to win over $14k by playing some of the most popular slots.

His games of choice were Cash Bandits 2, its sequel Cash Bandits 3, Wild Fire 7s, and Bubble Bubble 2. During the gameplay, this lucky punter had more than 14 hits of over $500 and some of his biggest wins were:

Over $17k Win by Playing One Game

Some players like to try almost every game that we have in offer. Others are stuck on the reels of just one game. One of our winners is exactly that kind of a player. During his latest gaming session, he played the Cai Hong slot, made multiple hits, and won over $17,000. The biggest hit of our gold-level player was $7448 during the Free Games Feature. But, he didn’t stop there and made several also big wins among many that were over $500. 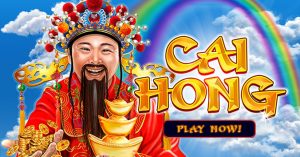 We saw amazing hits these days at our casino. Our third lucky player moved from one slot to another and left a sign on every one of them. This sign is a big win, of course. Some of the online slots that this member of our VIP club played were: Nova 7s, Wu Zetian, Lucha Libre 2, Count Spectacular, Diamond Fiesta, Cash Bandits 3. His biggest hit was on the reels of the Nova 7s slot where he got $9225 from a single spin during the base game. Among all his hits, some of the biggest were: 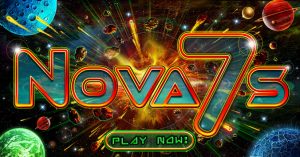 As we are well-known as instant withdrawal casino, our player could not expect nothing less than instant payout. Just in a few minutes from the withdrawal request, our support agents finished the whole process.

Try your luck and win big at crypto casino Extreme!