Just a few days ago we wrote about the big success of our player Zachary who got an amazing win of $12.060 and now he did that again. Namely, he once again played his favorite slot and got $8000 instant withdrawal.

Probably, the reels of Loch Ness Loot are very lucky for Zachary. Or, he revealed a secret of this slot. Either way, he made several big hits playing it and in the end, he “went home” with $8000 in his pocket. Of course, his withdrawal was instant, as well as every other payout at bet safe and crypto accepted Casino Extreme.

Step by Step to the $8000 Instant Withdrawal

He started this gaming session with the first big hit during the base game. He scooped $1010 and then returned to play. When he triggered the free game feature he made two big hits. One was $2480 and another is $1860.

After these winning hits, several more followed. Some of them Zachary made during the base game, and others when he opened a special bonus round. Each of these hits was above $1000 and kept contributing to his overall win, every so often.

This lucky player who is well-known at our casino for his big wins finished this session with $8000 on the account. Once he made a request for the payout, our professional support team finalized the process within several minutes. We are recognized as instant withdrawal kings, remember?

You already know that it is a big deal to be a member of Casino Extreme’s VIP club. Many benefits are provided for our loyal players depending on the level they have reached. Zachary is a platinum level player and he has a personal account manager at our casino to inform and advise him about bonuses, payments, and others. He got a monthly free chip of $250 and up to 2 comp points per $10 wagered.

Don’t miss big casino bonuses in our great Monthly promotion. Come and whack the turkey on the head! 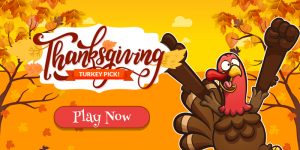