Edward strikes again! Recently, our loyal player got big cash playing popular video slot “Plentiful Treasure” and now he did it again. Namely, Edward played the same game and made a great hit. This time his win was over $8000. Some of his best steps to the final win you can see below.

First, when he started playing Edward managed to make a great $1143 during the base game. 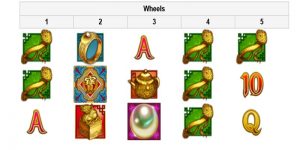 Later, he triggered the free games feature and scoop $1046 during free games. 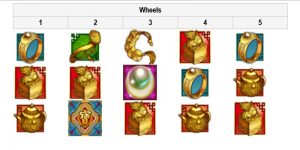 He continued to play free games and filled his account with $1855.

About the “Plentiful Treasure” video slot

Every player who sometimes tried this game knows that this slot has 5 reels, 3 rows and 243 always pay paylines. One of the most important symbols is Bao, which means treasure and acts like a Wild that appears on reels 2, 3 and 4. It substitutes for all regular symbols. However, Bao isn’t the only Wild. The Pearl is also and comes with a 5x multiplier, but it only appears on reel 3 and cannot substitute for Bao and Tripod, which is the Scatter that triggers freebies.

Players will especially be surprised with a randomly triggered Gold Coin feature which could get them one of four Jackpots. There will be battles for a Mini, Minor, Mayor, and Grand Jackpot. Expressed in USD Mini is $50, Minor is $250, Major is $1000 and the biggest is Grand which is $5000. These values may vary for other supported currencies.

We told you at the beginning of this post that Edward is our loyal player. It means a lot because he is a member of our VIP club as a silver player. We know to appreciate and reward that. You probably know the advantages of being on some VIP level and that comp points play the main role in moving to the levels. If you didn’t know, check out our blog post Comp Points – Way to Be a Double Diamond VIP Level.

Editor’s Note: We are impatient to announce that sequel of one of the most popular RTG slots “T-Rex” is coming very soon. Stay tuned! 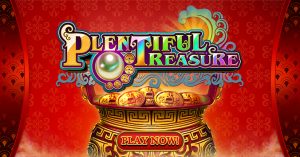