When we talk about winning, we must say that one of the best-known winners at Casino Extreme is, for sure Scott. In the past, he made some great wins several times and we already wrote about it. Recently, he sent us the screenshots of his winning and now he did it again. He miraculously won over $11.000 by playing 3 popular video slots.

It isn’t surprising that Scott got the biggest fortune playing slot “God of Wealth“. He triggered the special feature and it gave him the great $5.172. Probably, he decided to play this RTG release because he knows some of its great offers. God of Wealth includes a powerful Free Games feature triggered by 3 or more scattered Gold Ingots. Each Ingot will reveal up to 10 Free Games. 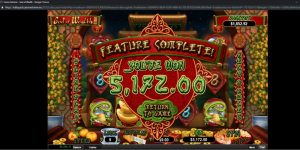 The second game Scott played is also the popular one among our players. It is “Kung Fu Rooster” and he won $3.605 spinning reels on it. 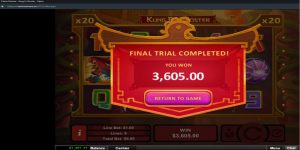 The third Scott’s huge win was on the video slot “The Mariachi 5” where he scooped $3.000. This is one of the latest RTG releases which became one of the most popular video slots in our casino almost instantly. You can enjoy awesome graphics, lively music and a lot of prizes playing it. 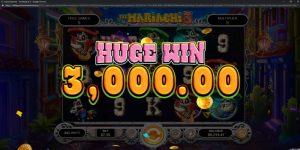