People from Real Time Gaming are trying to surprise players with a new slot every month, and their latest release is the Witchy Wins slot. However, some games are very popular regardless of how old they are. Seems that our player Zachary likes to play a bit older games, especially the Loch Ness Loot which was the lucky slot for him many times.

As we said, Zachary already had several wins on the Loch Ness Loot slot at bet safe and crypto accepted Casino Extreme. About his latest venture, we wrote in the blog post “Platinum level player hit it big“.  Now, he hit big once again and scooped over $25000 on this one game.

He started This gaming session  with several hits in a row under $1000. Then, magic happened and he saw on the screen the winning amount of $25.500! Yes, that was the biggest hit that Zachary made.

His biggest hit Zachary made during the free games feature on his lucky slot. This feature is triggered when 3 or more scattered Treasures appear Left to Right and the reward is 8 free games. During free games, any Lochie appearing will expand to cover all positions on the reel, before pays are awarded. Lochie counts once per reel for scatters. All prizes are doubled during free games. This feature can be retriggered.

Platinum Level Player and His Benefits

All players at Casino Extreme have the opportunity to join the VIP club and get many benefits. Zachary reached the platinum level and that brought him a monthly free chip of $250, a weekly withdrawal limit of $8000, and many other benefits. We don’t have to tell you that he got instant withdrawal because it is something that our casino is recognized for.

Keep in mind all these facts about Zachary’s win and VIP status when you want to play games. That should be more than enough of reasons to chose Casino Extreme as your place for safe gaming. 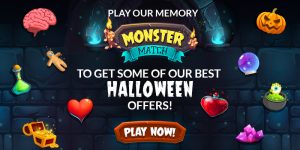