We want to ask our player Jacob what is the feeling when magic fairy brings you luck?! All jokes aside, he played fantastic slot “Stardust” with a fairytale theme and it was very profitable for him.

Once he “enter” at the lobby of Casino Extreme, he decided to play slot “Stardust“. At the beginning of spinning reels, a great lucky feature triggered and he got a nice opportunity to win with some free games. Then boom! Just one spin and the big prize! Five Boy Fairy appeared on the reel 3 and 4, but even better was that Blue Fairy appeared on the reels together with him and multiplied prize x4. On the end, the win was unbelievable $8.339!

These days were very exciting at Casino Extreme and we had one more big winner. It is Summer, our loyal player which played with our Hot offers coupon NOLIMIT25. This bonus gets you 25% on any 5 deposits made on Tuesday. No playthrough, no max cash out and all games open for play.

All of our players, which you can “meet” on our blog section LATEST WINNERS, had a wonderful experience of INSTANT WITHDRAWAL, our casino is best-known.

Be a part of them and play now! 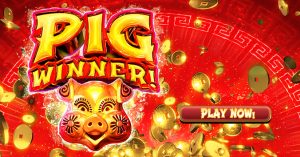