Our lucky player Patrick just managed to land an amazing win playing some of the most popular RTG video slots. Recently, we wrote about his venture and win which he made on the slot “Naughty or Nice 3” and it was just a good beginning for him. Now, he made a really big one spin win on this slot and it was the first link on Patrick’s winning string. He finished with $17000 on his account.

Obviously, Patrick likes to play slot with two sexy Santa’s helpers. So, can you imagine his face when he saw almost all reels covered with the Nice Girl? To make things even better, this has happened just on one single spin. Patrick just pushed the button “Spin” and his account was credited with an awesome $6800. He also made several smaller wins at the same game, but this one spin win will be remembered.

Patrik made one more great hit on RTG video slot “Bubble Bubble 2“. He managed to open Greater Ghosts Feature and during free games, he collected $2730.

In this game season, Patrick played “Fu Chi“, a very popular RTG video slot, and got a nice win while playing the base game. He adds $2500 on all his winnings.

We suggest you try our brand new RTG release “T-Rex II” and scoop some words-worth wins. Then, you could also be on the list of our latest winners. 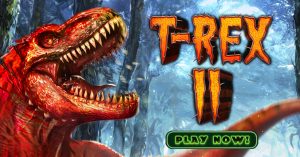