Roulette is one of the oldest casino games based on chance and skills. Every serious roulette player knows that in this game you should play wisely and try to minimize the losses. Recently, one of our players made a big win at the crypto casino Extreme. He had a good strategy and picked the right number on the roulette wheel several times.

The essence of roulette is in a ball rolling over the wheel and the excitement of landing at the right pocket. The everlasting question is whether it will land at your winning field. Our lucky player had a chance to see the ball in the right pocket several times. This is really a great success and every roulette fan knows it, if he spun the reel at least once.

This lucky player chose to play American Roulette, which is slightly different from European roulette that you can also play at our instant withdrawal casino. If you know all about roulette then you know that it’s a big deal when a player manages to get “Straight up” and to do it 10 times! We need to repeat it, this guy placed a bet ten times on the right number and got 36x the bet. Some of his lucky numbers were 11, 6, 14, 21, 12. Interestingly, number 6 brought him luck three times.

At the beginning of this gaming session, the lucky player placed smaller bets below $100. When he decided to increase it to $100 the big wins started hitting. It can be a coincidence, but maybe it was pure skill. We will never know.

American roulette developed in the 19th century after the first version of roulette created in Europe, spread all over America. Unlike the first game, American roulette has an extra double zero slot which is placed opposite to single zero.

It has a spinning wheel numbered from 1 to 36 and betting cloth laid across the table. Players place chips on the number they want to bet. They can choose to bet on a single number, or anything up to nearly half the wheel, all from a single bet. After that, the wheel spins and a result is generated by the random setting of the ball on one of the numbered pockets. All bets that include the winning number are paid as winners.

This winning story did not end here, because right after roulette, this guy started to spin reels on several online slots and also won big. If you want to see what it is like, maybe you can try hitting a progressive jackpot at the latest RTG release. 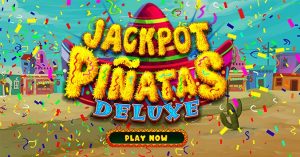 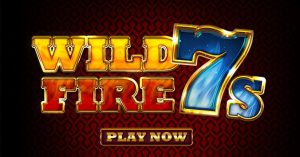