Jose is one of the players who really like RTG slots and that feeling of spinning reels. Probably, he enjoys uncertainty while pushing the button “spin” and waiting to see the outcome. In his latest gaming session, he chose to play Plentiful Treasure slot and got $6756!

The good thing in his playing is that Jose didn’t have to trigger some of the bonus features of the game to get to the win. He did it during the base game. We can assume that players like it more when they win without the help of free spins.

When a player makes a win at bet safe and crypto accepted Casino Extreme he or she gets a withdrawal instantly. That’s the reason why we are well-known as instant withdrawal kings. Our support agents are lighting fast and a whole process of payout is over in a few minutes.

This game is well known to players in land-based casinos and thanks to the RTG it is now available online. It has 5 reels, 3 rows and 243 always-pay paylines. One of the most important symbols is Bao, which means treasure and it acts like a Wild that appears on reels 2, 3, and 4. It substitutes for all regular symbols. However, Bao isn’t the only Wild. The Pearl is also a Wild and comes with a 5x multiplier, but it only appears on reel 3 and cannot substitute for Bao and Tripod, which is the Scatter that triggers freebies.

Players will especially be surprised with a  Gold Coin feature that triggers randomly  an could get them one of the four Jackpots. There will be battles for a Mini, Minor, Mayor, and Grand Jackpot. Expressed in USD Mini is $50, Minor is $250, Major is $1000 and the biggest is Grand which is $5000. These values may vary for other supported currencies.

Chose your game, pick up the bonus the best for you and play! 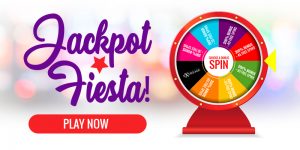