The HUGE WIN of $24142 made our player Scott! He played several slot games at our sister Casino Brango and got many reasons to be happy.

Looks like Scott really knows how to play slots and this time his choice was one of our latest games “Three Kingdom Wars“. The Golden Dragon brought him luck and he WON $12,102! This slot with an Asian theme has 5 reels, 50 paylines with a maximum payout of 50,000 times the bet per line. The game’s Wild is Golden Dragon and it appears on the middle reel only in the base game.

We already wrote that Scott is a “Cash Bandit killer” when he won an incredible $8,572.00 playing slot “Cash Bandit” and more about that you can read HERE. This time he again tried to open the vault and he managed, but his win now is bigger. He WON $12,040!

Scott already contacted our support team and his INSTANT WITHDRAWAL commenced because our sister Casino Brango is known for FAST PAYMENT such as Casino Extreme. Why it is important and what the instant withdrawal tells about online casinos read HERE.

We want to congratulate our player Scott and also thank you for screenshots of his HUGE WIN. 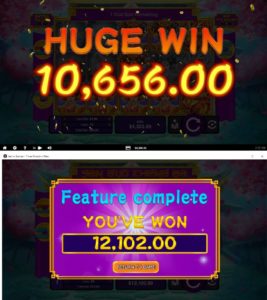 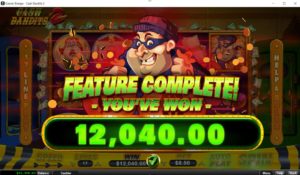