We love to see that casino games influence our pop culture. We have seen that table games are present in various movies, but they are also the inspiration for a different kind of music. In this manner, we at Casino Extreme are bringing you songs inspired by one of the most popular table games – blackjack. Let’s check them out!

Luck Be a Lady

The song was not originally written or performed by Frank Sinatra. Still, its interpretation has gained the widest recognition. Luck be a lady was originally composed by Frank Loesser in 1950 and it was first performed by Robert Alda. Nevertheless, the lyrics are about a gambler who made a bet and who thinks that the result of the bet will say if he is going to be able to save the relationship with a girl of his dream.

Ray Charles has written and recorded this song in the 1950s. As one of the most famous blues players, this song has gained a lot of recognition everywhere around the world. Yet, the name of the piece is an obvious reference to blackjack and how the game has taken all of the singer’s attention.

We are moving now to a different genre and this time it is all about country music. This song has a few references on poker also and not only on blackjack and it became famous as the Kenny Rogers version.  It was written in 1976  by Don Schlitz who was struggling in Nashville for a couple of years. When Rogers recorded the song, the quality of life of both the author and performer definitely advanced a lot.

Another example of popular songs inspired by blackjack directly is on the table. Its name is, guess what, BLACKJACK! This time we are talking about rapper and songwriter Aminé. He released the song in 2018 as the 4th song of his project ONEPOINTFIVE. See, this type of table game influences the nowadays artists also.

Shape of My Heart

We have saved maybe one of the most famous songs ever for the last. Some of us remember the Shape of my heart was an exit song of the Luc Besson movie Le Professional. The idea behind the song is quite interesting. When he has written the song, Sting had in mind a gambler who gambles not to win but to try to figure out the mystical law behind the luck. What do you think about that?

If all of these songs inspired you to try the game of blackjack we at Casino Extreme have it. So, visit our online casino and play the version of blackjack that you find the most suitable. May the luck be with you! 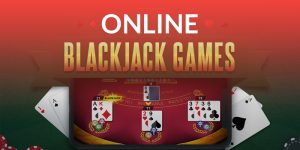