The history of the Japanese is full of brave warriors who have given life without fear to the master and their country. They were samurais who had great respect for all. But, someone wasn’t honored as they. It was ronin – a samurai warrior without a master or lord.

Samurai could become ronin in several ways. He might lose his master’s favor or patronage and be cast off. Also, when his master, also known as a daimio, died. In this case, according to the Code of the Samurai Bushido, every samurai was supposed to commit seppuku – ritual suicide – and one who didn’t do that became a ronin and suffer great shame.

This term is quite pejorative as its English equivalent might be “vagrant.” It literally means “wave man”, which means someone who is without a home and is a wanderer. The number of these warriors was greatly increased during the Edo period because the samurai were restricted, and forbidden to become employed by another master without their previous master’s permission.

One Japanese historical event was one of the few in which are them described as brave and honorable. It is “The tale of 47 Ronin”, also known as a revenge of the 47 ronin. It is an 18th-century event in which a band of ronin avenged the death of their master and after that, all of them commit ritual suicide.

Today, people in Japan use the word “ronin” to describe a high school graduate who has not yet enrolled at a university or an office worker who does not have a job at the moment. Also, the figure of this warrior is often used in popular culture in movies, books, games and slot “Ronin” is one of the most played in Casino Extreme. 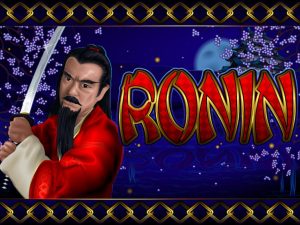