One of the toughest days in the history of music is February 3th, 1959, known as “The Day the Music Died”. On that day three famous American rock stars died in a plane crash. Nation cried for the Buddy Holly, Ritchie Valens and J.P. “The Big Bopper” Richardson. 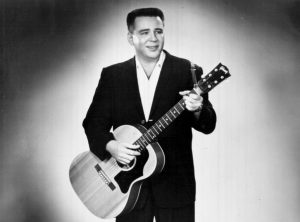 Jiles Perry Richardson best knows as “The Big Bopper” was born on October 24, 1930, in Sabine Pass, Texas. Introduced to guitar and piano by his mother, Essie, he enjoyed the music so much from his childhood. He participated in the marching band in high school and the choirs, both in high school and college. While still in high school, he won the Huntsville Texas Regional Meet when he sang “Old Man River.”

After graduating high school in 1947. Jiles wants to study police work and to become a lawyer. He soon decided that was not what he wanted to do after all, and started working at the radio station. Here he got the nickname “The Big Bopper“.

Richardson, who played guitar, began his musical career as a songwriter. Richardson’s first single, “Beggar to a King”, had a country flavor, but failed to gain any chart action. He is best known for his single “Chantilly Lace” which recorded in 1958. 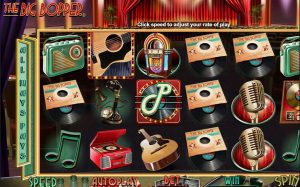 Three big American rock stars – Buddy Holly, Ritchie Valens and “The Big Bopper” – came on their last trip. All of them together with the pilot died when the pilot lost control of the light aircraft. That event mentioned in the various songs and films and two of this tragical musicians was the inspiration of amazing slot games. We already write about slot “Ritchie Valens La Bamba“, but at Casino Extreme you can also play slot “The Big Bopper“.

This is the game with 6 reels. Winning combinations are formed by symbols on adjacent reels from left to right and from right to left, including scattered “Bopper”. All free games are played at the bet of the triggering game. The number of winning combinations is calculated and multiplied by the paytable prize.

2 thoughts on “The Rock Stars Which Career Stopped Big Tragedy”