From it’s beginning beer has come a long way in its 5,000-year history and usually considered as a man drink. But, it’s not fair because women have an important role in the emergence of beer. It proves one very old document named the Hymn to Ninkasi. It is a song of praise the Sumerian goddess of beer, and also an ancient beer recipe written down around 1800BCE.

The Hymn was preserved in oral form because it had become a popular song and notes how, by the time the work was written, there were many different varieties of beer in Mesopotamia.

The Hymn of Ninkasi provided an easy way to remember the recipe for brewing beer. According to Ancient History Encyclopedia, the process began with flowing water, then made Bappir, twice-baked barley bread and mixed it with honey and dates. When bred had cooled it was mixed with water and wine before being put into the fermenter. After the brew had finished the fermentation process it was placed in the filtering vat.

Sumerians were one of the first peoples who left us hard evidence of beer-drinking. Evidence for this, archeologists discovered in the Mesopotamian region in modern-day Iran, in 1992 CE. It was the chemical traces of beer in a fragmented jar dating to the mid-fourth century BCE.

Beside Ninkasi Sumerians also had Kubaba, another woman who was very important for the beginning of brewing. She was the only woman on their list of kings. She earned her ruling role through her work as a brewer.

Today, at Oregon, USA exists a Brewing Company with the name of Ninkasi and a complete translation of the Hymn to Ninkasi you may read HERE.

For this weekend we recommend you get yourself a glass of beer and enjoying our amazing games. 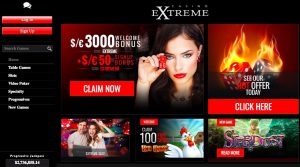