In December 2013, Dogecoin introduced as a “joke currency”, and the world got one more crypto with a very unusual mascot! This is Shiba Inu well-known dog breed, especially in Japan.

Dogecoin quickly developed its own online community and became one of the most used altcoins. Also, it is recognizable by the friendly face of Shiba Inu which was popularized as an online meme.

An ancient Japanese breed, the Shiba Inu is a small dog that was originally bred for hunting. Today this is the most popular dog in Japan but also in many other places in the world.

The name of this dog is based on the Japanese word “Inu” which means dog and “Shiba” which refers to a type of tree or shrub whose leaves turn red in the fall, such as the most common color of this breed.

Dogecoin, together with Litecoin, is one of the recent use of altcoins at Casino Extreme other than Bitcoin. If you make your first deposit at Dogecoin, such as others altcoins, you will get a 200% bonus on your deposit and 50 free spins. This is a great way to enjoy using cryptocurrency for online gambling which has many benefits.

However, if your first choice is Bitcoin you could check how to make Bitcoin deposit step by step, or how to get Bitcoin instant withdrawal. To motivate yourself read about our players who made Bitcoin deposit and won big.

Maybe, the new slot “I, Zombie” will be your lucky game when you use Dogecoin. 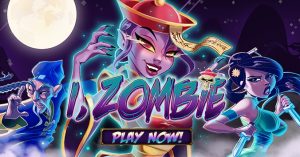