The kings of black & white comedy and a most popular trio of the 20th century was The Three Stooges. This is an American vaudeville and comedy team active from 1922 until 1970. For that time they filmed 190 short movies which make laugh millions of people. Since 1958 their films have been regularly airing on television. The original line-up was Moses Horwitz, Louis Feinberg, and Sam Horwitz, better known as Moe Howard, Larry Fine, and Shemp Howard.

They had primarily known about their humor, but this trio had a contribution to society during some of the darkest years in the USA. During an era of the Great Depression, the main theme of the Stooges was anti-aristocracy and anti-wealth. Also, The Three Stooges was the first in cinematic history to expose Hitler for who he was.

The popularity of this comedy team lasting over half a century since their last short film. This silly trio and their adventures become an inspiration for more other projects, not only on TV. Several “The Three Stooges” comics were produced over the years, and some radio shows made contributions to this trio. A film about them, titled The Three Stooges, started production in 2011.

Comic trio “appears” on the slot reels and Casino Extreme offers you three games with this feature. Laugh with The Three Stooges and play funny slot games HERE.

1 thought on “The Three Stooges: Kings of Comedy Appears on Slot Reels” 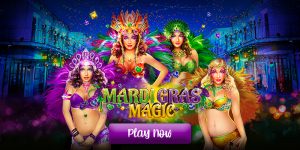