Frances and Patrick Connolly, from County Armagh, Northern Ireland kicked off 2019 with an astonishing bang! They scooped £115m EuroMillions lottery jackpot on New Year’s Day have been revealed.

Patrick, 54, who had bought a Lucky Dip online, discovered their amazing success after checking their numbers on several websites. Sliding back in his chair in disbelief, he then turned to the partner of 30 years Frances, 52, and asked her: “Do you want the good news…?”

Unsure of how to react to their win, the couple had a cup of tea and shared a hug before ringing Camelot the next morning to verify it.

The pair were considering a move to Croydon in March because Patrick had been offered a new job as an Operations Manager. But since finding out about the win, he has decided to retire for now.

Frances, who has educational qualifications and has worked previously as an Educational Programme Coordinator, had intended to do a PHD in September in Clinical Psychology. 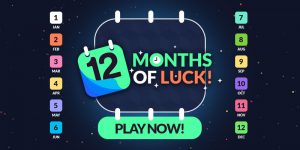