Some people work hard their whole lives and don’t become millionaires, others achieve it before they’re 30. We found a selected group of these young millionaires on the annual list of  Forbs 30-under-30 Magazine list. This year there are some novelties. Influence of cryptocurrency and blockchain technology on the world economy is rising and it has reflected on the  Forbs 30-under-30 list. The 2019’s list contains four young people, Blockchain Wunderkinds, which are founders and CEOs of every profitable crypto business.

Olaoluwa Osuntokun (25), Nader Al-Naji (26), JB Rubinovitz (26) and Hunter Horseley (28) have made their debut on this year’s list after applying blockchain technology to solve real problems.

This young man moved to the US from Nigeria as a child. Today he is a co-founder of the Lightning Labs. He successfully raised $2.5 million to turn Bitcoin into a more viable form of payment by making smaller transactions more cost-effective.

Nader is former junior world champion rower and Google software engineer. He raised $133 million when he developed a cryptocurrency that can be used to make payments. His main product is Basis a stable cryptocurrency designed to replace central banks.

JB is an only woman on this list. She is a co-founder of Bail Bloc, which is trying to solve the serious social problem in the United States. She uses a cryptocurrency mining framework to raise bail for qualified individuals who cannot afford it. In the US roughly 60 percent of detainees are awaiting trial, of whom as many as nine out of ten remain in detention simply because they cannot afford to post bail, this according to ccn.com

A former Facebook product manager and now CEO of Bitwise Asset Management raised $4 million. He currently maintains four cryptocurrency indices that are currently used by over 600 multifamily offices. This is really important in the evolution of crypto assets.

Use of cryptocurrencies has changed the world of online gambling. Playing games has become much easier, especially cashing out. Which has become faster if not instant at Casino Extreme?

That is why Casino Extreme is hard at work every day to integrate and introduce as may new alt cryptocurrencies  as possible while in process also assuring you a safer and more secure playing experience.

Lastly, if you have never using Bitcoin (the world most popular cryptocurrency) to deposit, we are sure this easy step by step guide for making Bitcoin deposit will come in handy.

Once you mastered depositing we are sure you would like your winnings INSTANT, for this reason, make sure to read up the HOW TO –  Bitcoin withdrawals as well. 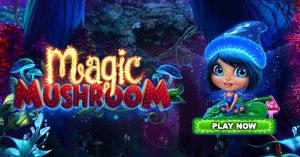