“You spin me round and round” probably is the favorite song of our players which could make your gambling experience better, like some other we wrote you earlier. This is our conclusion because we see that slots are the most popular games at our Casino Extreme. Last 7 days you most played 3 amazing games, and one of them is the hot new release of RTG. 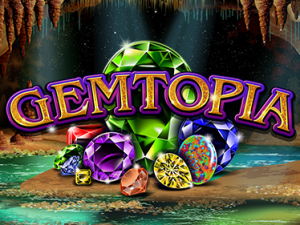 It seems that our players love luxury life and because of that the most played the game at our casino last 7 days was “Gemtopia“. This RTG slot has a jewelry theme and diamonds appear all around! Also, the fabulously designed slot payout spectacular rewards and have a great sound and because of that playing “Gemtopia” is a real joy. It has 15 paylines, 5 reels, a Major and Minor Jackpot. Major Jackpot starts at $1000 and the minor pays out $250. Players are able to bet between one and five coins per paylines.

During 15 Free Games, extra “Bonus” gems are added to the reels, with 3 or more awarding extra free games and an instant prize of up to 1000x bet per Bonus Gem! The wild symbol is the Gem Wild, when it pitches on reels 2, 3 or 4 it replaces adjacent symbols bar the scatter and bonus symbols. 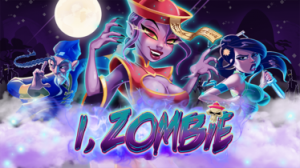 Get ready for some seriously spooky fun in these five reels, three rows slot which offers 25 adjustable paylines. They pay left to right, starting from the leftmost reel. I, Zombie is a Wild symbol that substitutes for all others except scattered Mirror. Scatter wins are added to line wins and multiplied by the total bet. When I, Zombie, or Mirrors appear they may reveal 2 additional I, Zombie which hop to the other 2 positions on that reel. 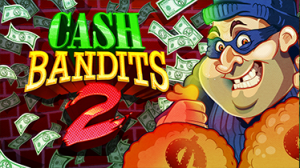 “Cash Bandits 2” is one of the most played games at our casino since it launched. It is a slot with 5 reels, 25 paylines and the maximum win per paid spin is 50, 000 times per line. All symbols pay left to right except scattered Robbers, which pay any. Before you start running away with the loot, you should set your betting range the way it suits you the most. The logo is the Wild symbol in the game, and it can substitute for all other symbols except for the Scatter symbol. The Scatter symbol is the Robber.

The “Vault Bonus” feature is initiated by 3 scatter robbers and they can appear in any position across the reels. Once triggered you’ll be given codes that you must crack to unlock the 5 vaults.

You’ll receive 5 free spins with a 2x multiplier where all wins are doubled. It’s a smashing free spins feature which awards up to 190 free spins along with multiplier wins of 17x!

Maybe, you didn’t try our monthly promotion. What are you waiting for? Shoot a zombie and get a bonus!