One of the important parts of every monthly recap on our blog is one about most paying games. Just like hot games, you often like to know what games gave the biggest payouts. However, you won’t wait until the end of the month to find out. In this post, we decided to show you the three most paying slots last week. Just for the good start of 2021!

This colorful slot has 5 reels and 50 fixed paylines. The Clown Fish is a doubling Wild on reels 2 and 4. The “Free Games” symbol appearing on reels 1 and 5 awards 7 free games with prizes doubled.

The feature uses an exciting mechanic with Bonus Symbols added on the final spin that can see feature play extended and even enhanced to special Bonus Games, Super Games, or even the insanely-powerful Mega Games! Each stage has its own set of unique bonuses including increased multipliers, wild reels, and huge instant prizes. 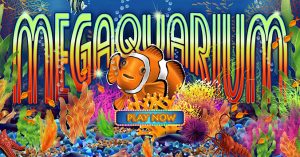 It was expected that one of the Christmas-themed slots was being one of the most playing slots because Christmas was nearly behind us. The Nice List online slot is the successor to the slot The Naughty List. Santa is a grouped Wild and all symbols pay adjacent from Left to Right, except scattered Nice Lists, which pay Any. Three Scatters trigger one of two features, including the festive Present Pick Feature. It can award huge multipliers and Extra Wilds! A random Lucky Feature may also trigger at the end of any normal game, awarding up to 10 free spins with up to a 10x multiplier! 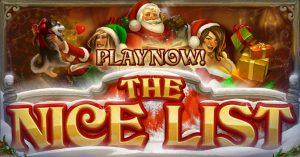 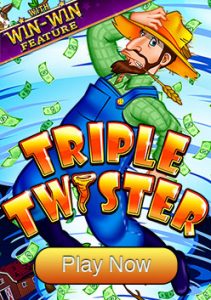 Centered on the theme of tornados, the Triple Twister online slot has a comical theme packed with fun animations. However, don’t be tricked by it because this 5-reels game might bring you very big wins. Not only does every cloud have a silver lining, but every whirlwind will brighten up your day. When 3 or more scattered Weather Vanes appear Left to Right, you will be awarded 9 free games a feature that can be re-triggered!! And if that wasn’t enough a Win-Win feature will come right after you spin up your free games guaranteeing you won’t leave the feature empty-handed!

The winning direction is left to right including scattered Weather Vanes. At the conclusion of any game, any player, playing any denomination, may be awarded either or both random jackpots. Scatter pays are added to line pays, and are multiplied by the total bet.

2 thoughts on “The Most Paying Slots Last Week”