Craps Come Bet is one of the most popular bets in Craps. The reason lies in its favorable nature and low house edge. The game has evolved significantly since its ancient beginnings. Luckily, the rules are easy to comprehend and follow. Moreover, the game itself is one of the exciting dice rolling games. And what better fun to have than predicting the outcome. If you are completely new to Craps, consider reading one of the previous texts Beginner’s Guide to Craps. Those of you who have already mastered the basics, keep on reading for some short clarification of the Craps Come Bet. We will focus on traditional Craps game, although online Craps may vary.

Craps Come bet is considered to be a good choice for those who like to play more on a safe side. Why? Because if you win on Come bet, you get the winning money, and your wager back. Not too bad, right? Now, the question is how to place this bet.

First, you should know that players can place Craps Come Bet after the shooter establishes a point.  Players can make one Come bet per roll. However, they can also bet on both Come and Don’t Come outcome on the same roll.

Let’s say the rolled-out number was 6. This number becomes your point, and if it rolls out on the next shooting, you win.  However, if the seven rolls out, you lose. The bet pays even money when won.

The Odds Bets in Craps are basically side bets. These odds bets are usually the table minimum. The Player has the right to request the odds bets to be “off”. In that case, if the shooter rolls out 7 or the Come bet point, the Come bet will either lose or double, while the Come odds will return.

The odds will go on top of the Come bet. If the shooter rolls the Come Bet point before a seven, the second-round wins.

Craps Come Bet as an Insurance

Many players use The Craps Come Bet as an insurance against seven-outs. Imagine the shooter rolling out a seven. The Come Bet will pay 1:1. Now imagine the shooter doesn’t roll a seven in several rolls. It would mean that several Come Bets will be lost – in case the shooter sevens out in the end.

Come bet in Craps may seem like narrowing your choices, due to its “One-Side” nature. Nevertheless, it actually gives you time to think and it lowers the chances for making hasty decisions. As a result, we may say that it lowers the house edge.

Now, get your notes together and start practicing online! Choose some of the most popular online casino games at bet safe casino Extreme with instant payouts! 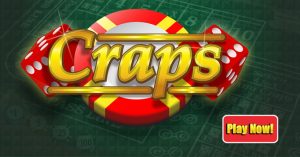