Ever since we opened our virtual casino door, many players moved through it and some of them filled their pockets with a lot of cash. Casino Extreme is by far well-known as an instant withdrawal casino where payouts are flash-lighted. So, every winner here has a good reason to be happy and satisfied. However, not that often to see some mega slot hit worth mentioning like the one that made our loyal player.

How to Get Mega Slot Hit?

If you ask our latest winner, probably his answer will be – easy. Just pick the right game, make a deposit, and wait your lucky spin. This spin for our platinum level player happened when he triggered Instant Fist of Fury feature and got $20,250. This feature is triggered when up to 4 reels are held with scattered fists in all positions, while the other reels spin.

Our player got the best possible situation because Fists appeared on reels 1, 2, 3 in all positions that pays 27x multiplier. On the end of this feature his amount skyrocketing to the mega slot hit of $20,250. You can see what it looked like in the picture below.

The game that brought luck to our player is the blistering sequel to the popular Lucha Libre slot. The famous wrestler Taco Malo this time goes up against a new competitor – the fearsome Nacho Friend.

When Wrestler Wilds cover their reel, they will either multiply prizes by up to x10 or jump onto other reels! Players may choose from three hilarious new finishing moves to try and win the final fight against Nacho Friend. Success in the ring improves the feature bonuses, with increased prize multipliers and potent Fist of Fury spins up for grabs. 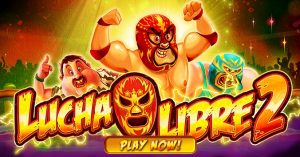 Platinum Level and Its Perks

There are many perks if you a member of Casino Extreme’s VIP club. Our lucky guy that made this amazing hit of $20,250 is fealing all the benefits of being a Platinum level player. That means: monthly free chip of $250, weekly withdrawal limit of $8,000, comp points up to 2 per $10 wagered, and personal account manager.

On the other hand, to become a Platinum level player, he had to fulfill some conditions:

1 thought on “Mega Slot Hit on the Lucha Libre 2”