Some players go from one slot’s reels to another during one gaming session. Others stick to just one game. Both situations can be lucrative and fun, but in this post, we will write about one success story derived from playing just one slot. Namely, the player made several winning hits in a row playing Diamond Fiesta slot and won over $15k.

Winning Hits in a Row

Players know that the Diamond Fiesta slot offers many chances to win.  Probably, that’s the reason for its popularity. One lucky player at crypto casino Extreme played this slot recently and made several winning hits in a row. In the beginning, he managed to open a special bonus round and made the first win of $1125. Soon afterward he made one more win also with a help of the Jackpot Re-spin feature.

Many hits over $1000 continued to line up and the sum of the player’s account increased. This slot delivered the biggest hits after many small ones. The player got an amazing $5782 during the free games feature and $3650 when he triggered the Jackpot Re-spin feature one more time. These two winning hits you can see in the images below.

This bonus feature is triggered when 6 or more Diamonds appear anywhere. During this feature only Diamond symbols are active. Any Diamond occurring in a corner grid position resets the number of remaining re-spins to 3, except in the 8×4 grid. At the end of the re-spins, each Diamond will reveal a prize value or Jackpot, which is then awarded. “Mini” and “Minor” jackpots may be revealed in any grid.  “Major” and “Grand” jackpots may appear in corner positions in the 8×4 grid only.

Something very special during the Jackpot Diamond feature are expanding reels. Namely, if Diamonds occur in all four corner positions during this feature, the reels expand. Reels progress from a 5-reel, 3-row grid (5×3) to a 6×3 grid, with a new column added on the right. 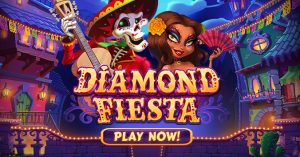 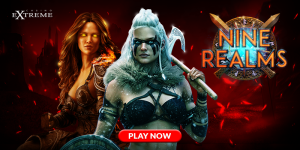