For a long time, if you were in the east and wanted some adult entertainment, Atlantic City was the place to go. Why do I have it so low? Well, other casinos popped up across the east coast and Atlantic City isn’t as dominant anymore. But this doesn’t prevent us from remembering the highlights, which is best done through The Taj. Trump’s Taj Mahal was a cultural icon rivalling even the Vegas strip. From the Michel Jackson openings and Mike Tyson’s famous knockdowns, The Taj had it all. So, cheers to that.

So we all know Singapore is an economic miracle, but did you know that its most famous casino saved its economy? Yap. Marina Bay Sands resort is the host to a hotel, museum, but most importantly – a casino. Or should I say The Casino?

Being the largest stand-alone casino building with over 15k square meters, it boasts over 500 tables and 1,600 slot machines. It’s the world’s 7th most expensive building and looks like a stacked card tower (going all out on the theming). It attracted tourists from all over the world and did a lot in maintaining Singapore’s economic juggernaut status. And to add to that, it has a giant pool on top! Who doesn’t like that?!

Wait, are you telling me that by doing all of that Singapore still hasn’t crack the top 3? Well, I’m sorry but these other guys are just in a league of their own for one reason or another. Take Monte Carlo, for example. Similar to Singapore, the casino (Casino de Monte-Carlo) saved its economy.

But unlike Singapore, the casino made Monte-Carlo’s economy. It was an unimportant principality somewhere around France and the casino made it the superstar of the Mediterranean. But the real reason why it’s so high on the list can be summed up in two words: James Bond. The best gambling culture icon. This suave agent (007) always found his way to the luxurious casino no matter which iteration it was. 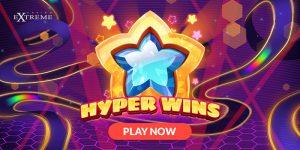 For the number two spot, we head back to the east, for an encounter with the rising Orient. Yap, Macau’s rise to the top is unprecedented and by sheer numbers alone it beats any city on the list (even Vegas). It’s seven times more profitable than Vegas and is the most visited city in the whole wide world. 31+ million visitors in a single year!

It boasts the largest number of casinos per square foot in the world, but two of them stand out from the rest. Grand Lisabon Casino, a giant lotus flower and the first place to offer Texas Hold’em games in the city and Venetian Casino. Now, Venetian Casino is your typical recreation of like a quarter of Venice, with gondolas and so many bridges. It covers 550,000 sq ft in total! Mama mia!

Was there ever a doubt who was going to be on top? Vegas is just, well – Vegas. It’s an experience. From The Mob running it (allegedly in past) and numerous films depicting it. It was a sight to see. Boxing matches, Elvis Presley and Cirque du Soleil there, just nothing like it. While Reno has The Row, Vegas has The Strip. MGM Grand, The Bellagio, Caesars, Wynn and Encore. Fun Fact! Did you know that The Bellagio has 3960+ rooms? That’s more rooms than its namesake Bellagio, Italy has people living in it (3,820)!? Now, all these casinos are legendary places and have legendary stories for days. There aren’t like a million movies set there for no reason. It is the best gambling culture had to offer. Had? A twist! Let’s see why…

Why Are Online Casinos Better Than Land-Based

Land-based casinos are a great deal of fun and all, but they aren’t the future. For that, don’t look anywhere other than here at Casino Extreme. Casino Extreme has much lower betting fees than a lot of these casinos, it is safer and more comfortable to use. And with its generous bonuses and even better VIP programs, it still found another way to beat the land-based casinos. Instant withdrawals? Yap! Instant withdrawals are the future but they are also the now so hear me out this one. When you win here you win Big and in a matter of seconds, so why play anywhere else? The best gambling culture is where you win big, and that’s at Casino Extreme!