If you asked someone 20+ years ago what his profession was and got a response that he was a professional poker player, at best you would stare in confusion, at the worst  – laugh scornfully. But owing to the influence of movies such as Rounders and major tournaments of the early 2000s, poker’s popularity only steadily rose. The title of best poker players is almost indistinguishable from those of famous actors or athletes. In this text your crypto friendly Casino Extreme will try to present you with four people that fit the criteria of best poker players.

Stephen Chidwick is an Englishman who during the past few years firmly established the status of one of the most successful poker players out there.

Born in 1989, he entered the world of poker in 2006 by playing online tournaments. In 2009 he won his biggest online tournament win to date after finishing runner-up in an event for $142,000.

His first live tournament was European Poker Tour in Prague, and a month later Poker Stars Caribbean Adventure where he received $88,760 in prize money after winning the event.

But his greatest live tournament win happened in 2019 when he won his first WSOP bracelet, cashing in $1.6 million. All these things earned him a reputation among peers as one of the best tournament poker players in the world.

Daniel Negreanu is probably the most recognizable professional poker player nowadays. Sharing Romanian roots, he was born and raised in Canada, the country he represents to this day.

In 1997, aged 23, he became the youngest player to win the World Series of Poker bracelet which earned him the nickname of “Kid Poker”. He went on to win six of them totally, and 2 World Poker championships. 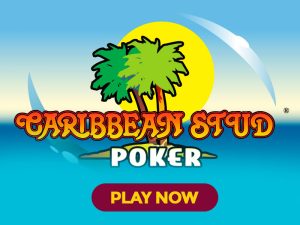 In the second place, we have one of the most successful high-stakes poker players of all time. Justin Bonomo started playing poker at the tender age of 16 and is well versed both in online and live tournaments.

At 19 he became the youngest player to feature at a televised final table. Before turning 21 he managed to earn hundreds of thousands of dollars. He was also one of the first players to gain recognition in online events, playing Sit & Go and winning the Sunday Million on Poker Stars.

From there on he continued to dominate high roller events, having cashed over 50 times at the World Series of Poker and playing 19 times at final tables! He was a number one player for a certain time in 2018 until Negreanu took over.

His success is so notable that he turned over $14,000,000 in tournament cash in the World Series of Poker. Considering that he is only 36 years old, it seems that his career is just about to take off.

And now we come to the player who is, if not the greatest by skill, then certainly by the amount of money earned playing poker tournaments. Bryn Kenney made his first footsteps in table games playing Magic: The Gathering card game before he transitioned to poker in 2007.

Like Chidwick he began by playing online, staying under the radar for quite some time. His career has seen an uprise from 2014 when he won his first WSOP bracelet taking home a prize of $153,220.

In 2017 he was acclaimed as the biggest tournament winner of the year with a prize total of $8,505,000. But the most prolific year for his career was definitely 2019 when he finished as the runner up in a £1 Million Triton event with a whopping $20.5 million payday which presents the biggest poker prize ever won to this day.

At only 35 years of age and amassing a total of $56 million in prizes during his short career, his place on the list of best poker players is definitely cemented.

As you may have noticed already almost every single mentioned player started playing poker online before they went to become champions. It’s a great way to train your skills from the comfort of your own home, and who knows, maybe you’ll end up on the list of best poker players ever too. Luckily, instant withdrawal Casino Extreme is a great place for you to do that. Click away and pick any game of your choice within a click! 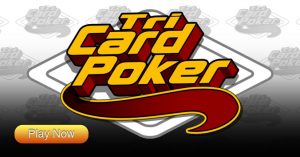