The most desirable thing of every online casino player is one massive win. Casino Extreme is renowned as a place of big wins and fast payouts, and our player Sydney now can confirm this because she is the latest winner.

Sydney won an awesome $25.194 playing the most popular RTG video slots. She chose several, but two slots brought her extra luck and reason to be very satisfied. 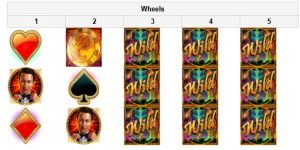 One of the most popular games at Casino Extreme, for sure, is “Shanghai Lights” and it is one of the slots Sydney played. She opened the Super Spin Feature and won an amazing $11.200 on one single spin! 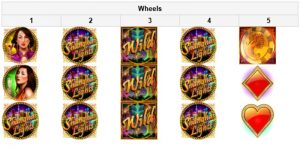 Just a few minutes after, she once again pushed the button and another one spin gave her an excellent win of $9.615!

In this slot 5 free games with doubled prizes are awarded when 3 or more scattered Coins appear, with a Super Spin Free Games feature triggered at the end of these games. Super Spin Upgrades are awarded according to how many winning scatter pays occurred during the Shanghai Lights Free Games!

The RTG release “Panda’s Gold” is one more slot that Sydney played and won big. This time she managed to get some free spins while opened Wealth Free Games Feature. First, she got $5.120 and after that one more great win of $3.520 credited on Sydney’s account.

In slot “Panda’s Gold” Wealth free games are awarded if 4 scattered Fortune occur after the re-spin. Prizes that include one or more Wilds are x8 during this feature.

In meanwhile, some great things are being prepared at your favorite Casino Extreme. Try to be a member of our latest winners society or VIP lounge, you would get some good offers and opportunities to scoop huge cash, just like Sydney.

As we say at the beginning of this post, Sydney got an amazing prize playing several slots. She made the screenshots of some of her wins and sent it to us. You can saw it in the gallery below.

Editor’s Note: Check out another one spin win from Casino Extreme player.