Recently I read an article in the HuffPost regarding the sex scene featured in the new Hulu’s series “Shrill” and I was stunned at the comments below the text. The author focused on the main character’s personal features and applauded the fact that the series came up front with the actress’s obesity and shot the scene where fat people have sex. Shocking, right? One of the commentators asked whether there was a person in this world who would ever have wanted to see that. At first, I thought the same: “Why the hell did someone decide to put this on screen?” Being completely aware of the fact that we have seen it all, and that we live in a society that is approaching its developmental peak, while all disguises are of little importance as everything revolves around exposure – still, the body image of an obese woman being naked in someone’s arms was odd and stirred so much hateful reactions.

We got used to seeing slim, beautiful women (and rarely men!) completely naked, shot from different angles up, close and personal. The media promotes a certain body type as ideal and we would not take less than perfect as a role model. At the same time, society treats disrespectfully those who cannot live up to media standards. Do we ever take a closer look at ourselves? Average female model is reportedly a size 2 or 4, while the average American woman wears a size 12 to 14. The most intriguing thing for me was the fact we tend to identify with people we can never relate to truthfully. There is a big discrepancy between reality and the images they bomb us with. Someone is fat, so what? You may have a big nose, or lack of sane judgement. Imagine if someone took your disadvantage and played with it publicly, putting you in a shameful position. Oh, wait, I have just remembered. It happened before and it did not end well – to put it mildly. It led the entire world to complete madness and destruction.

The most paid models nowadays are plus-size women who are not ashamed to show off their cellulite bodies and treat them as shrines. It may be unhealthy in extreme cases and this is usually the argument which the haters use, imposing themselves as health advisers. The issue here is the obvious patronizing. If you wish to help someone by giving an advice, you do not bully that person or the concept he or she represents. Furthermore, many slim persons suffer as well, both physically and mentally. 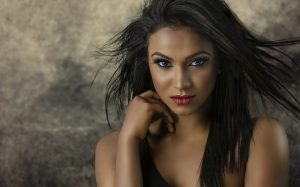 What Is Put on Display?

Have you ever heard of Ashley Graham, Jordyn Woods, Anita Marshal, Robyn Lawley? These are women who earn their money by exposing their no-surgery, no-filter curves, while some other reality stars earn money by simply being members of a certain circle and promoting the unrealistic ideals. When you take a look at it this way, there is more honor in offering something natural or achievable on display than leading people to believe that anyone can have the perfect complexion, the enormous but very tight butt, naturally tight abs, recognizable cheek bones, pumped lips, firm breasts, etc. Nevertheless, it appears people like to be manipulated. We like to be made believe that we are better than we actually are. It satisfies our vanity, it gives us the unjustified hope and it puts us a ladder above people like the main character from “Shrill”, making us believe we can direct hateful comments to people supporting all that this character promotes. God forbid someone bursts that bubble!

At the end of the day, when we put our gadgets aside, and turn off the lights, do we imagine being one of the Kardashians or Liam Hemsworth, Jason Momoa or Sophia Vergara? Well, guess what? We are not those people. We are happy to have them around, entertaining us on screens and that’s it. Imagine what would happen if characters like the woman from “Shrill” would invade the screens and spread throughout the mainstream media forcing us to admire their lifestyles. After a while, most of us would probably give in. And I am absolutely convinced that most of us would feel better than ever, more down to earth, with more self-esteem and happy.

So, the question is not “Why the hell did someone decide to put this on screen?” but rather “Why the hell do we willingly cherish false role models?“