Celebrating this Independence Day, we recall one of the main ideas derived from the Declaration of Independence. It was the idea of achieving what was much later defined as “the American dream”. To be more precise: the belief that anyone, regardless of their birthplace, or social background can attain their own version of success. The notion is closely related to the fact that all Americans are free and equal.

Declaration of Independence as The Source of Perception

Apparently, nowadays people need to sacrifice a great deal to achieve the original ideals. This only makes them more precious. They also need to work hard and to risk from time to time. Nevertheless, the foundation was set for a reason. It should be a constant reminder of the right path. When in doubt, go back to the source and you can do no wrong. The Declaration of Independence clearly states:

“We hold these truths to be self-evident, that all men are created equal, that they are endowed by their Creator with certain unalienable Rights, that among these are Life, Liberty, and the pursuit of Happiness.”

Without any wish to go into religious debate, let‘s say that we can agree that the Creator has given everyone life and the right to pursue happiness. As for equality and liberty, it appears that although these have been given to people, they have to defend it every now and then and keep the flame alive.

Redefining Equality as Stated in The Declaration of Independence

Equality is so much more than financial status. However, finances form a large part of someone’s equality status. As per Federal Reserve’s 2016 Survey of Consumer Finances, “nearly one-quarter of families have less than $400 in available liquidity and therefore may be highly vulnerable to income or expense shocks. Furthermore, while financial planners often recommend having a liquid savings cushion of at least 3 months of expenses, we find that about 60 percent of families do not satisfy this rule of thumb, including most married families with children and even many high-income families.”

However, it appears that this fact cannot shake the national integrity. It also has no influence over the importance of the core ideals and the truths guiding the American nation. Maybe the consistency and will power are the answers. If you constantly keep strongly believing in something, you will subconsciously do whatever it takes to overcome obstacles and to eventually put your belief into practice. Belief is a strength, without a doubt.

Apart from equal opportunities to achieve wealth, and good living standard in general, equality also means that all men should be treated as equal, regardless of their background. Promoting altruism is a valuable action coming from various individuals and organizations. The real heroes. That is why we say “thank you” to all those men and women who teach the kids and people around them to pay attention to other people‘s well-being without concerning the self.

Defending the principles is of utmost importance. Through struggle people advance. They question their moral stands; they make conclusions and improve their skills. Eventually, they become better individuals, making better society. This is the only way it should be.

This is why the Declaration is so important. It is a center piece document that encompasses the most important values which should promote solidarity and advancement. It is there to remind everyone about the sacrifices which predecessors took in order to enable life and prosperity for the next generations. Most importantly, it is there to warn everyone in case they make wrong steps and take wrong turns.

Do not miss our special promotion valid only today. Check it out. 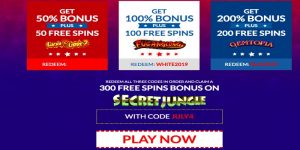