Nowadays, online slots are by far the most popular type of a game at any casino. We already tried to find the reasons for that on our blog, as well as to debunk most recent slot myths. Our readers know very well the online slots glossary for better hits. However, we can’t forget that history of slots started in the late 19th century and that some of the first slot machines are still popular. Let’s check how everything started!

Even those who have never been at a casino heard about the first slot machine. It was invented and designed by San Francisco mechanic named Charles Fey between 1887 and 1895. The main symbols were horseshoes, stars, spades, diamonds, hearts, and Liberty Bells. Upon aligning of the three bells, the machine paid out 50 cents.

This slot machine worked when a player inserted a Nickel and pulled a lever on the right-hand side to spin the reels. Today it isn’t in use but you can see the original Liberty Bell on display in the Liberty Belle saloon on Reno, Nevada.

This machine was produced later and it was similar to Liberty Bell. Operator’s bell included the option of adding a gum-vending attachment. As the gum offered was of a fruit-flavor, developers placed fruit symbols on the reels: lemons, cherries, oranges and plums. They retained the bell, and a picture of a stick of Bell-Fruit Gum, the origin of the bar symbol, was also present.

Many companies started to use this set of symbols that proved highly popular. They began to make their own slot machines: Caille, Watling, Jennings and Pace.

It was the first fully electromechanical slot machine, developed in 1963. Money Honey was the first machine with a bottomless hopper and automatic payout of up to 500 coins without the help of attendant.

The popularity of this machine led to the increasing predominance of electronic games.

Unlike the previous mechanical background workings of the game, every slot machine function included logic boards. The Fortune Coin video slot first tested at the Las Vegas Hilton Hotel. After successful trials, the Nevada Betting Commission proposed a range of several adjustments to the original game to avert any form of cheating. After that, the game rolled out all over the Las Vegas strip where it became exceptionally popular.

The first online casinos launched 1990s when internet was booming. In the next few years, online video slots became the most popular titles in many of them. Right now, you can choose from thousands of slot machines and some of them you can find at bet safe and crypto accepted Casino Extreme. Check our offer and play now!

5 thoughts on “The Most Famous Slot Machines Ever” 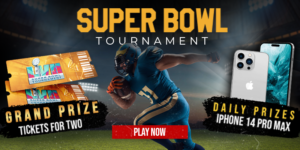 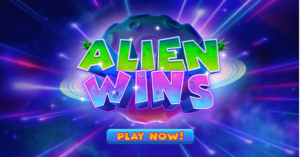