The theme and design of an online slot are something that attracts players at first sight. However, the special features in slots are the most entertaining moments that can increase winning chances far more than any slot base game. This is a very good reason for you to rather choose a game with a good special feature, also known as the bonus round. These are some of the RTG slots with unique special features.

The latest RTG release launched just before the most spooky holiday, Halloween. As the name suggests, the main characters are witches that could get you big wins. However, their magic is special during the base game when your luck increases with a Random Wild Reel special feature.

This bonus round can be triggered at the end of any base game spin. This feature covers 1, 2, 3, 4, or all reels with Wild symbols, then winnings are counted. One more great thing which you can get during this feature is normally, free spins. 3, 4, or 5 Scatter symbols trigger 8, 15, or 50 Free Games, respectively. During each spin, a reel will be made of Wild symbols. This feature can be retriggered.

One more Halloween-themed slot is filled with not just one special feature, but with three.

The Greater Ghosts Feature awards 20 free games with mischievous Wild Ghosts flying onto the reels after every spin!

The Ultra Bewitched Feature gives players 7 free games with up to two expanded Wilds on each game.

The powerful Wilder Witches Feature awards 9 free games, with Winni and Wanda casting spells onto the reels when they appear. If both witches appear on the same spin, they will turn the middle reel wild, award 33 extra free games, or both! The enthralling feature is topped off with the addition of the patented ‘Win-Win’ add-on, which awards players a bonus prize in the event of a low feature win.

Just to remind you that Bubble Bubble 2 slot is the part of our monthly promo “Monster Match“.

With all these candies this slot is very attractive for players and very often is on the list of the most popular games. However, it uses a unique system where any winning symbols are morphed after pays are awarded. New symbols appear in morphed positions and may award extra wins! Morphing continues after each win until no winning combination occurs.

3 or more scatters trigger the Sweet 16 feature, awarding 16 free games. 16 free games are awarded, during which Morph Magic multipliers range from x2 to x20. The feature can be retriggered. Free games are played at the bet of the triggering game. 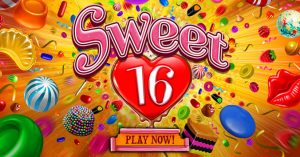