What a month was August at our Casino Extreme! We don’t know what to tell first. We offered players standard promotions and daily offers which you are used to, but also great monthly promotions. Two new games were launched, we had some big winners and slot tournaments which were very popular. Let’s have a look at what happened this month, and get ready for exciting September.

On this Snakes-&-Ladders-like game, you’ll get to roll the dice 5 times on each bet. It means that you have five chances to help Banana Jones complete his expedition. Beware though that if our hero lands on the head of a Snake, it will move down to its tail and away from the temple, while landing on the base of a Vine will bring him closer.

Stardust is a slot game with 5 reels and 243 all ways pays paylines. All symbols pay adjacent from Left to Right, except scattered Willows, which pay any. Fairies act as Wilds and Wild multiplier. Green Fairies are Wilds, while Blue Fairies are Wilds with 4x multipliers. Green Fairies count for all symbols except scatters and they may morph into Blue Fairies before pays are awarded.

Such as every month most played games were slots. You loved some of our oldest slots, the same as the newest. Most-played games were Gemtopia, Cash Bandits 2, Lucky 6, Aladdin’s Wishes, and Keno.

The game with the biggest win in August was Ritchie Valens La Bamba. On this list are another 4 amazing slots: Ocean Oddities, Popinata, Return of the Rudolph, and Wild Wizard which was very lucky for our player Scott. About his win, we already wrote to you on our blog.

Tournaments are very popular at our Casino Extreme. This month’s most played tournament was Free Daily Chip “Cleopatra’s Gold” in which participated 34 players. 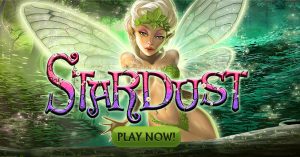